The Phoenician letter dālet gave rise to the Greek delta (Δ). The historian Herodotus observed that the Nile Delta was shaped as a triangle as is the letter delta.

Delta Life is a multi-year cultural project that culminates in the Oulu River Delta in August 2026. The project is part of the Oulu2026 – European Capital of Culture programme. In the project, the birth of towns and culture along waterways from fells to the sea is examined and made visible through art and making things happen, as well as making use of scientific results.

While on the waterways, the digital media Northern Cultural Stream is central in making things visible. Media is not seen here just as something that provides information, but it is often part of the artistic content and the end product of art. The something that has been made visible by art will be made visible to everyone also by means of the media. This way, art and making things happen also support the idea of being seen and visible, which has an important role in supporting local identity and existence.

The artistic material from the waterways will finally be presented in August 2026 in the Oulu River Delta. The month-long celebration culminates in Delta Life Spectacle, which is the climax of the late summer of Oulu2026 – European Capital of Culture year. The Artistic Director of Delta Life is musician, singer-songwriter, author and video artist Jukka Takalo. 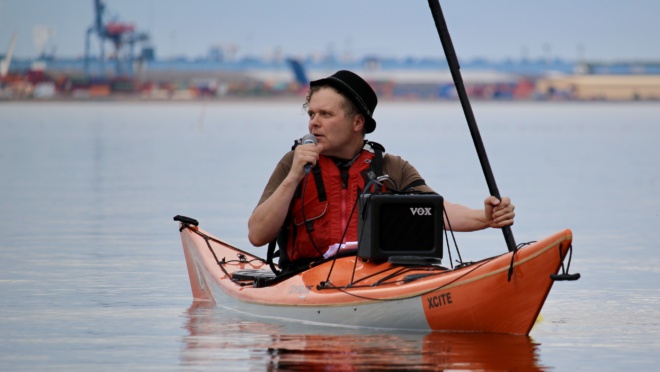 Deltas are age-old meeting points of influences, trade, language and genes. As the influences of these waterways encounter, something new comes into existence: movement, life, a city. A culture. 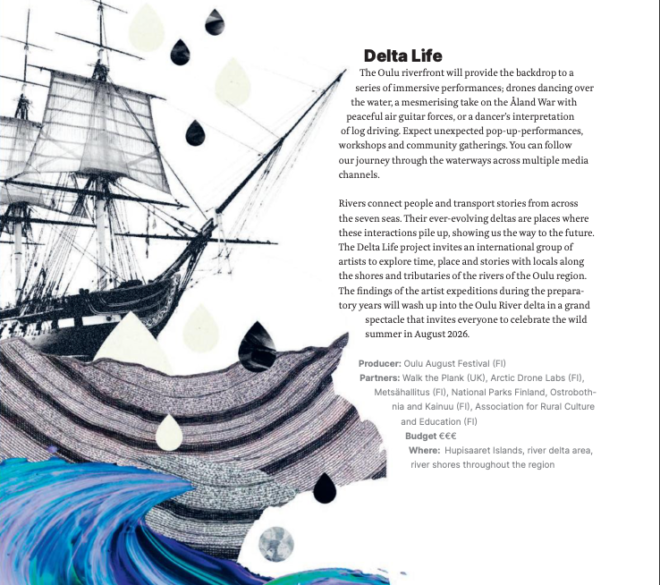 The roots of the riverside project go back to the autumn in 2016, to the rock paintings at the headwaters of Oulu River: